Sports fans want to cheer on their favourite athletes and teams.
CONNECT ONE was developed to support this visually. It is a centrally controlled LED device that can be worn as a bracelet, keychain or lanyard around the neck - everything but the central part of the LED device becomes an accessory.

At stadium, it begins to glow in different colours, each of the six colours being associated with a specific action. For example, blue means: we start with the common La Ola wave. After visiting the stadium, it can be worn in everyday life. Thus, fans not only experience the feeling of being fans of the sports team, but also strengthen their bond with one another when it lights up.
In addition, there is a customisable part in the center of the LED device that allows fans to change the name and number of their favourite player.

Every sports club can adapt CONNECT ONE to its own needs and thus create a sense of community among the fans in this way.
The main focus of this bachelor thesis was sustainability, scalability and customisation. 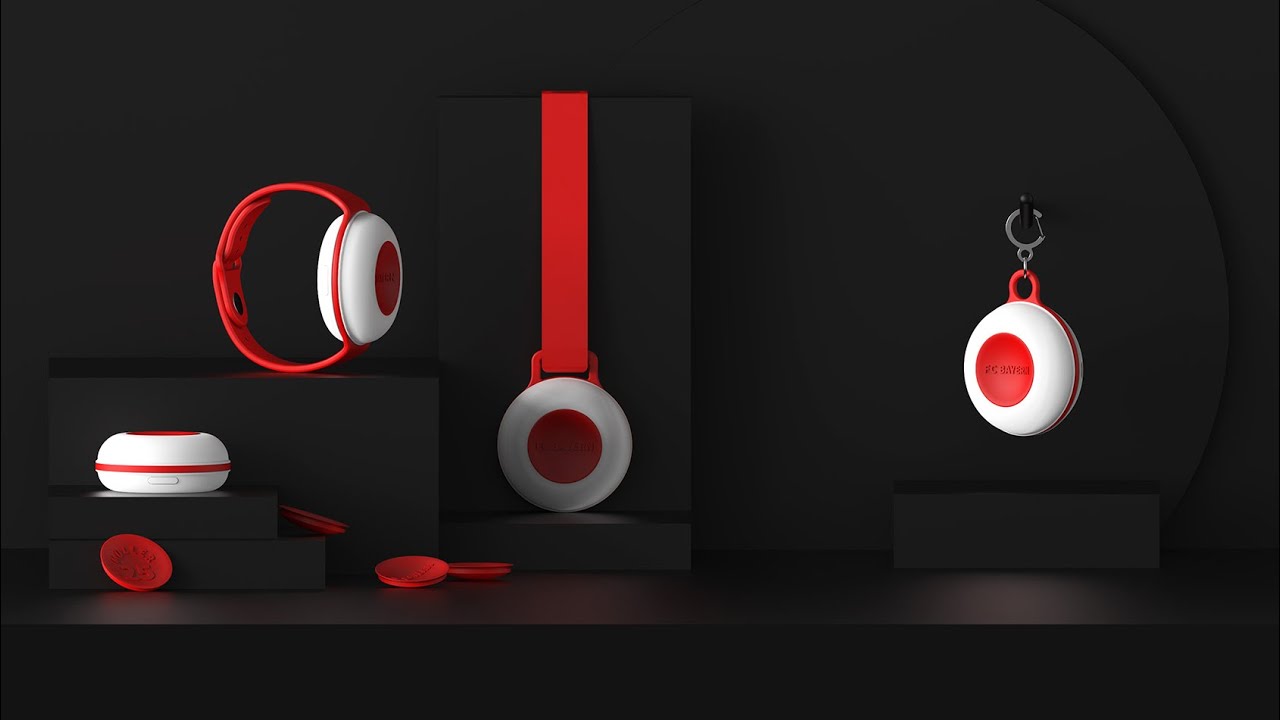