A step towards a cleaner environment

Finding garbage in the forest or on the beach is a nuisance: it pollutes our environment and harms animals and people. Plastic waste in particular takes decades to disintegrate and even then it is not gone, but still on our planet in the form of harmful microplastics.

This bachelor's thesis deals with the education about the topic of environmental pollution and encourages you to rethink and change your own behavior. A system for garbage disposal on the beach was developed as an example. Kōkua includes an action stand with Coast Gear Kits. The user has the opportunity to borrow a Coast Gear Kit at the promotion stand. Through the targeted search for plastic waste on the beach, the user notices which amounts can be found in their environment alone. Back at the action stand, the user can interactively use the plastic waste for their learning process.

In order to enable the spontaneous disposal of rubbish in other public places such as parks, the system offers a dispenser with collection aids. The paper collection bags contained therein are suitable for one's own garbage produced or found on the way. The included handpieces protect the hands from dirt and injuries. 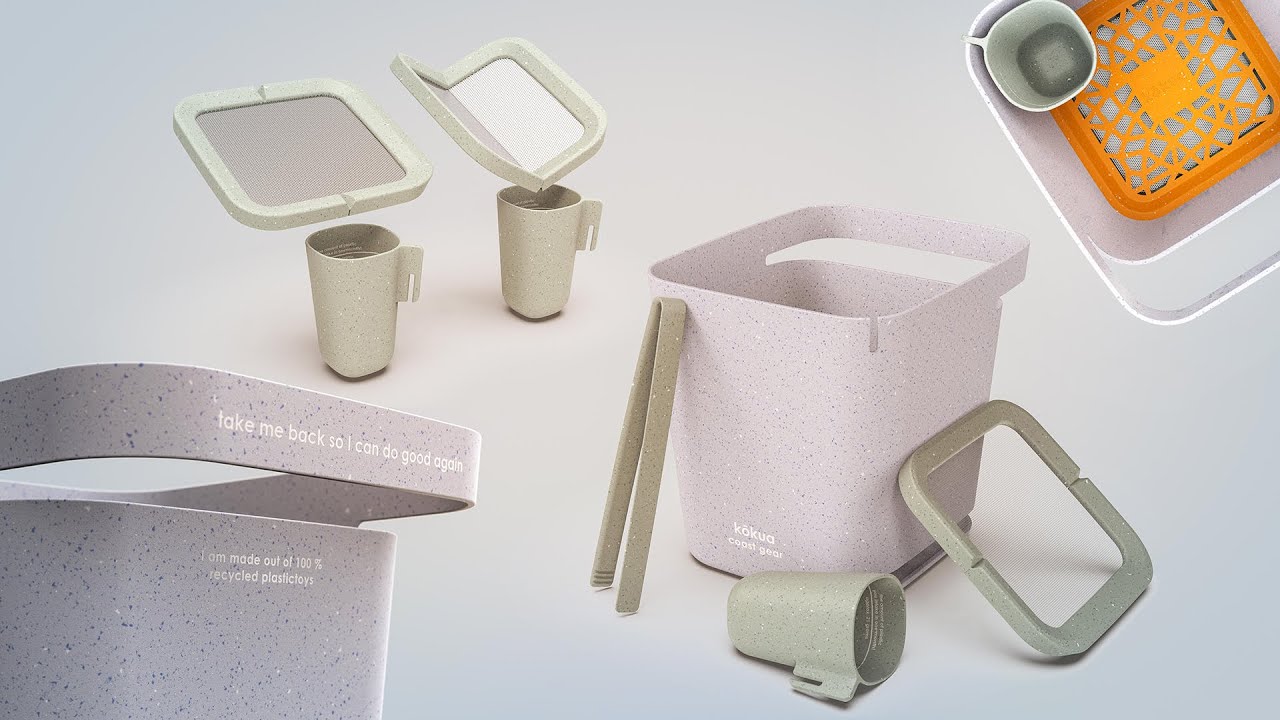